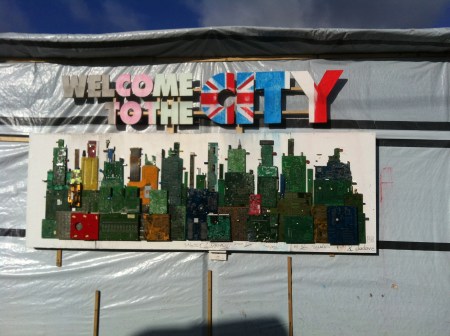 Changes von Bowie runs already for the fifth time, while we packed with tents, sleeping bags and blankets for 35 minutes in the Eurotunnel dive with our van. Arrived in Calais, in the Sun the face of dazzles us. The mood in the camp is gloomy. Many refugees smile and greet us, however it seems with more effort to be connected than usual. A lot has happened in the city. Most tents have given way to sturdy wooden huts. Many new shops decorate the paths with colorful paintings and the garbage has decreased significantly on roads. The jungle has undergone a rapid development since our visit in November. "We really don't know what will happen.", we were told in the warehouse, "we try to prepare everyone as good as we can and stay in solidarity with the refugees." The French Government has given the camp residents * inside three days to evacuate designated areas. Then, bulldozers should follow, scrapping everything what comes to them in the way. The refugees have chosen to stay. "This is a community. We want to stand together. We will not go to jail. This is a trap. ", says said, a 19-year-old Syrian, who has made his way alone to the camp.

Circa 1800 refugees to be forcibly in two days. In white sheet metal bunker, surrounded by a green fence. Fingerprints should be checked at the entrance, who stays too long away, not in May. Anything but inviting. The white border fence, which is to complicate the transition to Britain, is transferred to camp and some tents are avoiding him unconditionally. 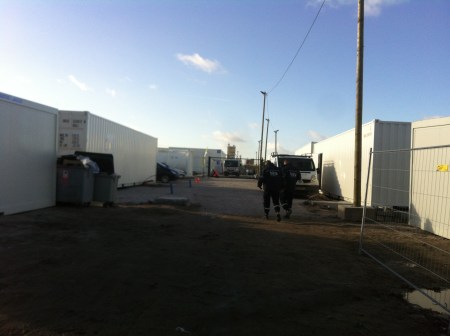 Next door, a school of Arts and professions and art in the jungle, a place for creative people. 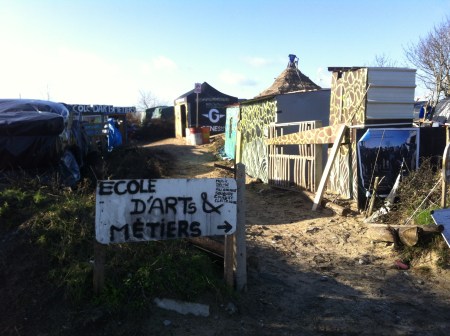 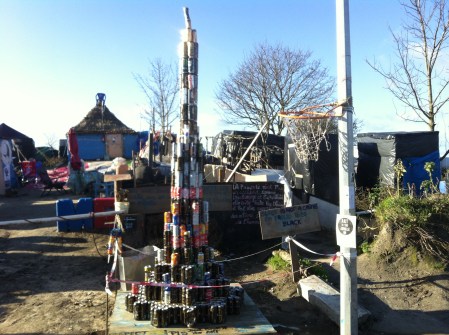 "If they'd want to stay and the French government would let them do, this would be such a melting pot, find a good place to live in." In the jungle a cultural diversity has settled, that begins just to shine. This conclusion should be now. "Compared to Dunkirk, this is a 5 star Camp.", says said, laughing. "People come into the camp and lobby for these new homes." They say it's much warm and comfortable. I'd rather go to Lebanon where my brothers are than being pushed into these containers. We arranged US here with our situation. "They want to isolate US and force resignation."

There is a single window, the closest coming a mail box slot in the containers. Otherwise, there's nothing as yawning emptiness and desolation. 12 people to live in a container together. "This is crazy!", gets said and kneels down ostentatiously, "if people would sit in there normally, we'd hurt each others pinch." What should be done with this measure is more than obvious. A gate marks the entrance to the new part of the camp, the employees of the security service are on the move on the grounds. The containers are stacked one above the other, numbered. Starting at five, is there no one out in – circulating it in the camp. "In my home, they use these containers to store meat in and ship it to other countries." This is not built-in to live in. They treat like dead animals. U.S."

Spending would have can be used considerably better for the container, to meet the needs of the camp residents * inside. Instead of colorful chaos total control. It suggests in the smallest way, that the Government wants to deal with the situation. On the contrary: it's about segregation – these people should be encouraged by the removal of the community to stagnate. "This is a dehumanizing act." – an act against any form of being. Because that is actually what the refugees want to live. Easily make use of the basic rights that must be granted to every human being. In the camp are even rumors that the Government will stop the water supply should the refugees not voluntarily bunkering is a and give any freedom, who laboriously worked them himself in recent months.

"I don't care about my future." "I just want my family, who is in Syria, safe and I want to work to transfer them money", said said.